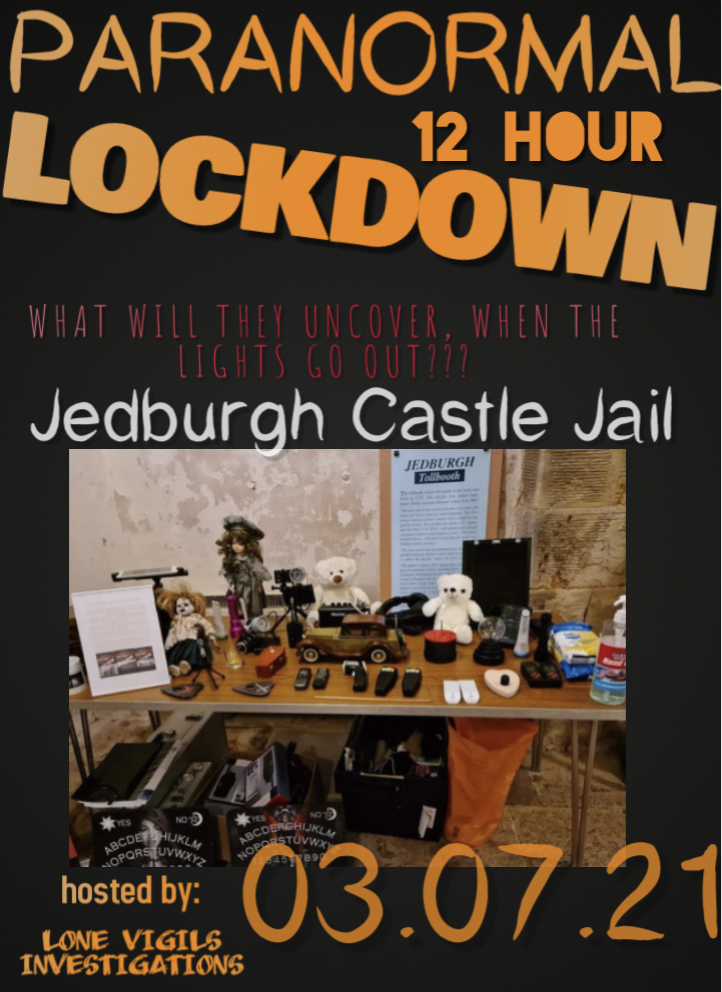 Cams Group:
We started the night off with our white light protection, with our guests in their bubbles.
We then split into our groups and my group chose to start in the mixed prisoners wing.
The guests spaced our in their bubbles, some in cells and others in the main corridor of the wing. We started with a call out but it was very silent so I collected a K2, rempod and sb7 spirit box as requested by our guests.
We continued calling out and one of our guests who had brought her own pendulum started to experience interaction with that when she called out. At the same time, the rempod lit up green but never happened again. There was no one next to the rempod at this time and it didn't sound.
In one of the cells there was costume webbing, must have been from Halloween. It was moving, but not a breeze motion, there was no breeze. This was being pulled upwards. I put the K2 under it but we got nothing.
We moved downstairs and one of the couples attempted a ouiga board. The planchette was doing movements of small staggered jumps. It wasn't the 2 people on the board as I was watching their fingers and I made sure their fingers were turned over and using the back of their nail. Nothing came through.
We cleaned the board down and another bubbled groups of 3 guests went on the board. They got absolutely nothing.
The guests asked a few questions about activity and devices which I explained and then I suggested our guest with the crystals and pendant try calling out. We received a couple of responses but they weren't strong, possibly a child.
We went for break to recharge and then hit the men's wing.
The guests were very exited after hearing stories of its activity.
I told the guests what I experienced and caught on my lone vigil so our energy was buzzing with excitement.
We spread out, some seated, and I placed the music box in the doorway of cell 17. Not sure why I chose that cell other than it was mid way in the wing.
The music box started playing, I moved just to make sure it wasn't from me as I was closest. It wasn't from me as it went off again when we were calling out. I showed the guests how close you have to be to it for it to go off.
It went off a few minutes later for a 3rd time.
One of the guests had a go at mirror scrying, it took a while but she said she could see a hooded face. We immediately thought executioner but received no further activity.
Another guest said he saw 2 figures in cell 20.
With no other activity we moved outside to where the exercise yard was and the well. No activity.
We then went into the museum and then discovered there were monks. Could this be who our guest saw in the mirror?
We went into the bridewell wing where the juveniles were housed. We didn't get any activity apart from 2 birds being very over protective of their young. With 3 birds flying around us we quickly ran and had another quick cuppa to discuss our next area.
We went back to the men's wing with the sound enhancer and music box. The music box was placed in the middle of cell 17 and we began calling out.
The music box went off on 2 separate occasions yet there was no one in the cell and it was out of range.
We called out basing our questions around monks but nothing further received, it was so calm.
With 30 mins to go we went back to the mixed prisoners wing but were met with stillness.
A strange, and unusually quiet night for us at Jedburgh but great fun had by all.
lonevigilsinvestigations@gmail.com