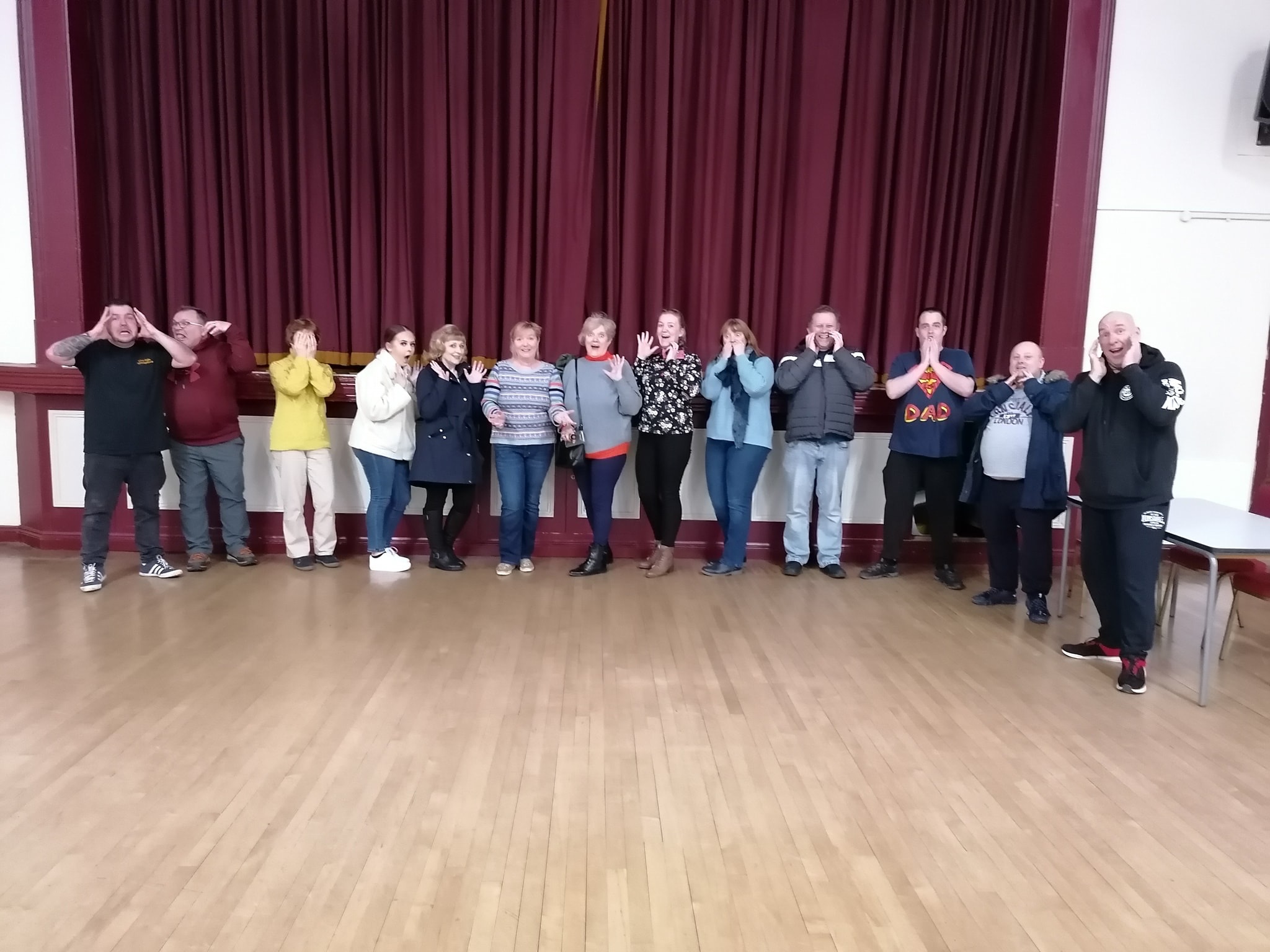 This is a brand new venue and the spirits were electric, on the walkaround we felt like we were fizzing. Karen showed us all the fabulous nooks and crannies for individuals to crawl in to and have a lone vigil.
Starting the night in the main hall we began to call out, quickly someone reported that they had their ear touched. The temperature began to fall and I saw a 5ft sized male figure standing by the stage, the name Jack came to mind. As I went over to explain this to the guests they reported to feeling his presence standing next to them. Almost instantly another guest saw a figure walk past the main hall doors, Chris was standing on the other side of the doors and saw this spirit walk past at the same time too. The door was moving independently with no explanation, there were absolutely no drafts in this area.
Everyone was excited and with expectations rising we continued calling out hoping to see this spirit again, a guest felt the presence of a well dressed man with a bow tie standing at the back of the hall and this small group kept seeing green lights moving there.
David and a couple of guests sat on the stage and reported feeling uncomfortable with a presence walking up and down behind them and hearing taps from behind the stage.
A shadow was seen again moving into the kitchen, Tim took a small group of guests to investigate the area and were rewarded when one of the guests reported the spirit touched her hand and the names Sarah and Paddy being identified.
Moving upstairs with the ouija board the spirits stayed back and occasionally the planchett moved. Sarah a 5year old girl came through again but her energy was very sporadic. A spirit called BRAWN (Age 39) came through the board, someone felt he was German as the spirit proceeded to give a letter with numbers we identified he could have been a P. O. W. We attempted table tipping and every guest felt as though they were being pushed and not the table. I asked the spirit to slide the table to the door if it wanted us to leave instead the chair under my hand slid causing me to stumble.
Music appeared to be a theme going through the night with people hearing a piano tinging in the background and songs being heard. "pack up your troubles" and "someday my Prince will come" heard by some guests.
David reported that he had heard a spirit say "cellar" whilst he was visiting the little boys room, as he exited the toilet the cellar door had been opened wide. So being a good investigator he went down to communicate.
Overall Coxhoe Village Hall is a beautiful venue, the spirits are trying to communicate and I believe that once they have some more energy we will hear much more of their story.