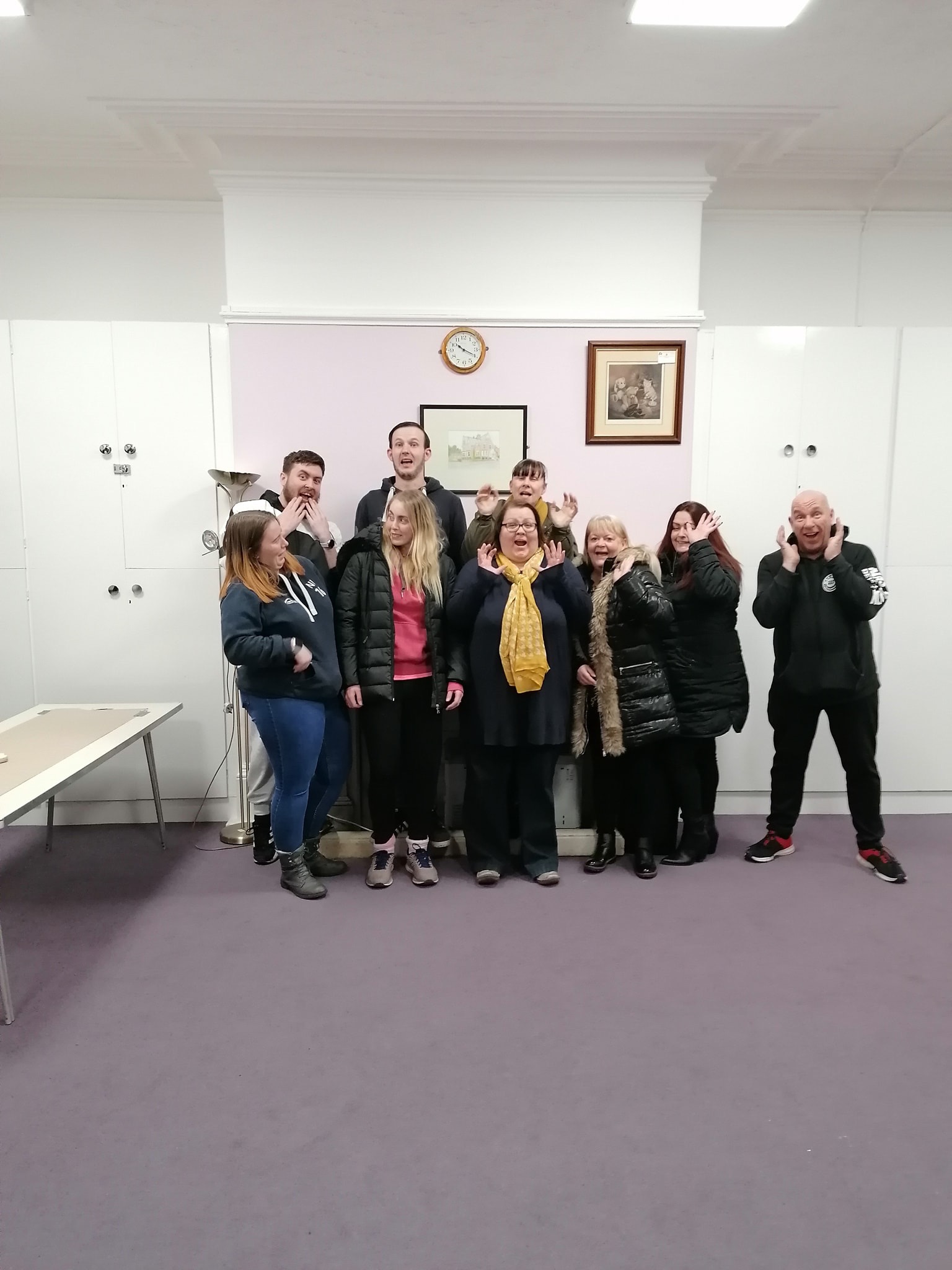 After completing the white light protection we started by introducing overselves to the spirits.
We heard a few taps and saw sparkling lights around the room. Several energies made themselves known, one of a dog, a lady with the name May and a lady with a "j" name. Several people reported cold feelings to their legs and feelings of someone moving around the room. Chris heard the door moving and on the live Facebook page clare picked up on a dog whimpering. This is strange as she was unaware of the dog energy picked up on earlier.
But with a feeling that spirits were holding back we decided to move to the main hall, a guest reported a heavy feeling to her chest and picked up on an energy, she felt this energy had committed suicide by hanging. A shadow was seen by the door to the bottom meeting room and a strange noise like a beep was heard in the hall. We experienced shadows again in the conservatory but also an entity in the back corridor. Lots of unexplainable noises and bangs and (again for this location) we could hear people talking but it sounded way off in the distance. The word medic came through the spirit box, with one guest complaing of toe pain which only occurred when she went in to the main hall.
After a short break we opened the Ouija board in the front room, the message took a long time to come through and required immense energy and patience by our guests. However the wait was repaid as it revealed a message for one of our guests. After lots of questions to confirm who they were talking to; this stunned her skeptic partner. But it was exactly what the guest needed to hear from her loved one. Again in this room we heard bangs and taps along with the beep noise.
**
In the small meeting room we undertook the human pendulum, the force was strong with one guest and clear answers were given. Again we picked up on a gentleman and a connection to an animal, a fire in this part of the building and love of the home. This spirit shared that there were children spirits in the building and he shared his concerns for the wellbeing of someone in the living world. He reported that he enjoyed it when guests went to communicate with him. Whilst we were stood there several people witnessed a shadow moving in the corridor, we opened the door and called out twice alight lit up the corridor with everyone unable to work out where the light came from. This is the same corridor that we have previously captured a wet footprint so I will be making sure I focus my next investigation in this area.

Thank you to everyone for your energy and helping make the night what it was. We look forward to seeing you again soon.