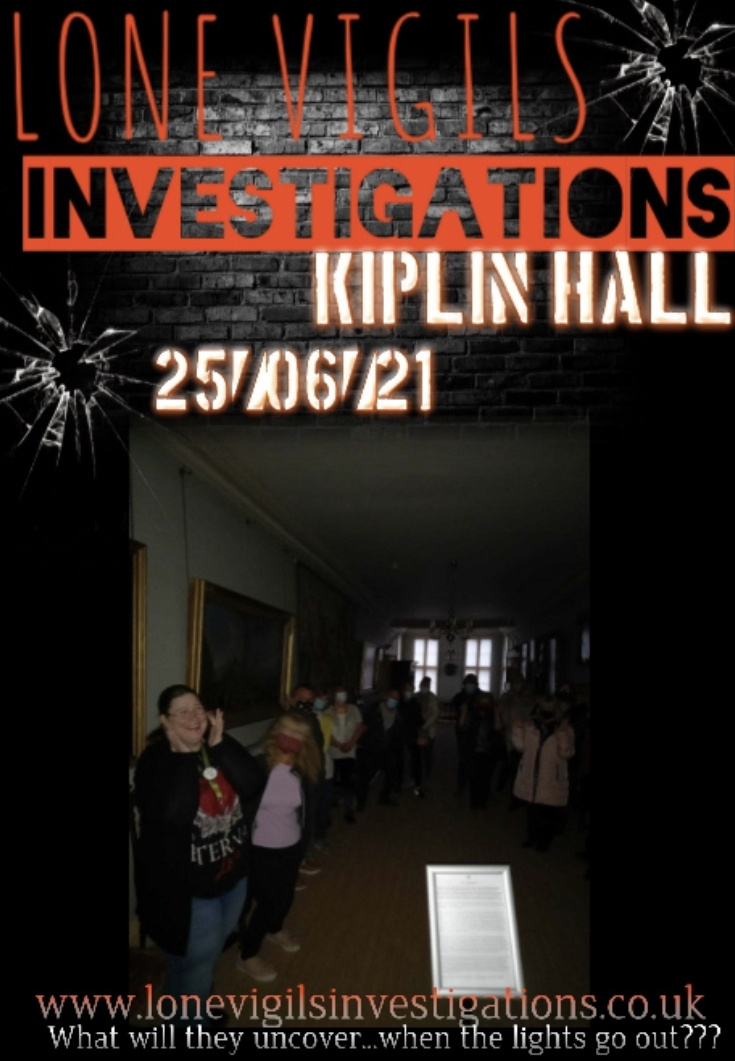 After doing our white light protection with the whole group, socially distanced of course, our group of 6 & group of 3 headed down to the eerie servants corridors & bedrooms were we began a call out session with only the k2 as equipment to guide us as we opened up our senses. Straight away activity started to begin, taps on response to questions, smells of burning wood which the team had also picked up on the walk around before guests arrived along with movement of a tennis racquet was witnessed by a guest. As the taps continued a guest then had to leave the area due to an heavy impression on her chest which could of been potentially a gentleman which another guest had picked up on with the name of walter(which was confirmed by our curator James later on in the evening as part of the family that lived in Kiplin Hall) and his feelings of tingly sensations in his left arm.... Could this been both sensations impressed on our guest's which was potentially a heart attack?? This gentleman Walter told us he liked to be alone but was intrigued by us being here with taps on response to our questions which was astounding. The larger group of 6 headed into an adjoining bedroom which led to children being felt but not aloud in the room and low & behold a curtain moving on response which was hanging from the 4 poster bed.... The group then looked for any draughts in the room & couldn't find any that could make this curtain move which wad amazing especially with it moving on response.... Whilst this was happening the smaller group was still communicating with the gentleman Walter in the adjacent room but there responses from him seemed to be waning as his energy was dropping.... The larger group moved from the bedroom as the energy dropped completely after the moving of the curtain and into the servants corridor which led to a loud bang heard only by the smaller group who were still talking to the spirit of Walter.... Don't beleive there was any k2 spikes at all during this time on the middle floor that we reported

After a quick break to recharge our batteries & some of our lucky guests munching on there LVI sweet share boxes to boost there energy, we then proceeded into the beautiful ground floor.... We all got comfortable on the floor & available seats & proceeded to call out in the absolute darkness as you couldn't see your hands in front of your face and after gaining the energy from spirit the REM pod went off proceeding our questions.... We weren't sure if it was children responding or potentially squaddies that used this building as a base back in world war II.... One guest had an experience of his arms being pulled away from him as he was leant of the floor and this was from the question about a gentleman who was picked up on by the desk at the bottom of the room who dealt with the finances of the building. A strange taps of responses were being picked up on which sounded like a key fob and flickers of light also but what astounded us was the clear as day running of footsteps in the above floors & a quick walkie talkie up to cam & the other group confirmed they were all still on the top floor in the long gallery.... The group moved into the adjacent rooms, splitting up into there groups and dragging sounds were being heard along with tapping of responses but also a guest's could lick up on a dark shadow stood in the door way which was confirmed by a team member who was sat in between the 2 groups and could see this shadow moving from side to side as it blocked out the shards of light showing through the wooden window cupboards. This then was confirmed by another guest who came over to the team members spot and could see the same thing and as this was happening a loud bang was heard in the room with the ladies which then to the surprise of us all, fits & bursts of laughter from 2 ladies.... Was this the impression of spirit that was making the ladies laugh & giggle so much...

As the night was ending, we as a full group headed to the long gallery all together as there was ample space for social distancing and gave the last half an hour a go all together to gain more energy. A few taps and shadows were seen along with possible gutteral groan but the energy had drained and spirit seemed to have taken a step back and had gone quiet.

All in all an absolute brilliant night in such an beautiful location & spirit definitely seems to be gaining our trust.... Everyone's energy was brilliant & we thank our guest's for there brilliant participation