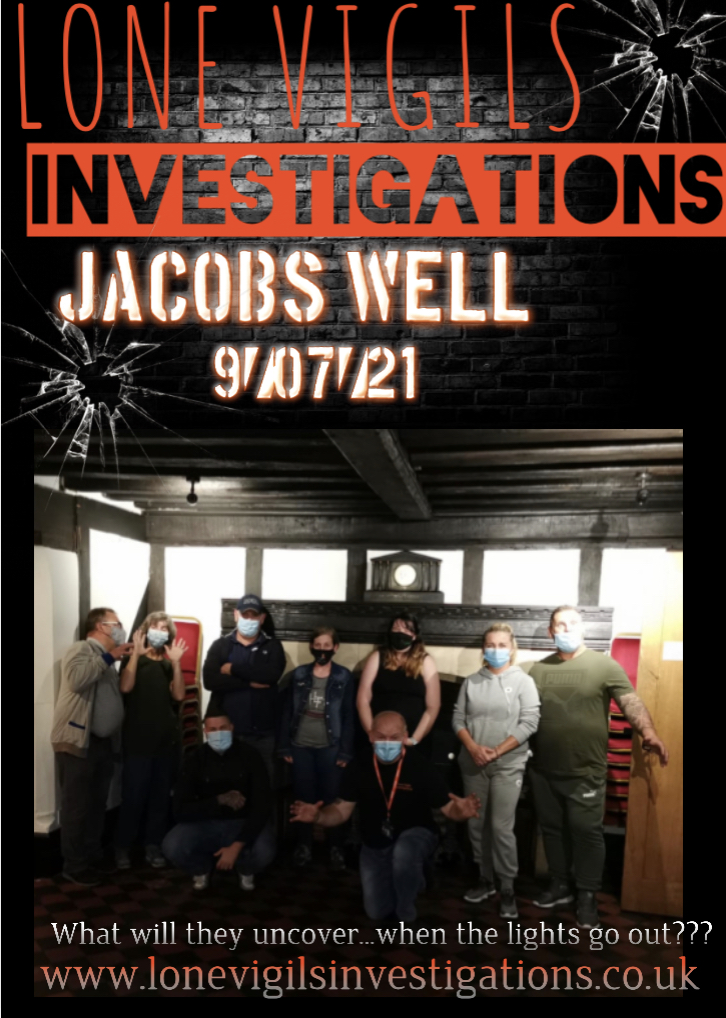 So we started the evening in this little gem of place which was small in stature but filled with an historical past, with our white light protection down in the main hall. As we then proceeded then to begin the evening with a call out session together to use the energy of all the group, a member of the team used a k2 meter in the middle of the room but when this was turned on it shot straight up to the Amber lights and stayed on them which was very strange as the team had never seen this before. After countless times of trying to turn it on and off, the k2 proceeded to do this and was eventually turned off and left on the side as we thought they may had been a fault on this. After about 20 minutes of calling out and a presence felt of a possible woman, the k2 was tried again and low and behold it worked perfectly fine. We placed the k2 meter next to the fire place along with our doll k2 which was placed in the middle of the floor. The energy was flickering between the two k2 meters going from the one next to the fire place and then moving to the doll k2 when asked questions. As we were asking out one of the guest's then shouted out as he had seen the doll been pushed over on its own accord and another guest verified this by seeing it move too and to all our amazement when asked if the spirit who was with us had pushed the doll the k2 inside the doll shot up to red. A guest then was picking up the woman spirit being a possible landlady and as movement was being heard in the door entrance and the guest moved into the entrance on her own. As we called out and continued to get k2 activity from our questions, a member of the team heard prominent footsteps upstairs above us as did the lady who was in the doorway entrance on her own but was out down to possible movements outside on the street but when we checked outside there was no one at all on the streets, was this the spirit showing itself up stairs. After the energy of all the activity starting to drain we all took a quick break and then proceeded to head upstairs where we had heard clear as day footsteps...... As the group in there bubbles headed up stairs, we got comfy in the chairs and began a call out session again armed only with a k2. It seemed very quiet as we called out but then a guest told us she had seen flickering lights above in the roof tops which astounded another guest as she had seen exactly the same thing but hadn't told anyone as she wasn't sure if it was her eyes playing tricks on her. Lights continued to show themselves to us all as we asked questions and we all couldn't debunk them from street lighting to possible lights from the emergency lighting. It all went quiet and the spirit box was introduced to the guest's and what happened next astounded guest's. A name of the group was heard as we asked spirit to tell us one of our names and also when we asked spirit to tell us how many people were in our group a clear 8 was heard and low and behold this was correct with only 8 of us in that room at the time as the other guest's we out on the stairwell as they had heard movements downstairs and were trying to hear what these were. As we split up with one group back down stairs and the other on the top of the stairs nothing major happened which we couldn't debunk and all headed back downstairs together as we felt the full group had more energy together and the main hall seemed to be more vibrant with energy from spirit. Again k2 was placed down in the middle of the room and straight away responses from our questions. What then amazed one of our guest's was another guest had seen a shadow move in the kitchen area and no movement had been casted from the outside window. This guest had been on a works course one day and had seen a clear figure walking in the kitchen and proceeded to book with the LVI team to see what this potentially was and it seemed that this shadow figure that had shown themselves to her during the day had proceeded to show themselves to us during our investigation. Door rattling and movement on the stairs was more activity we had but as the night had flown by it was time for our guest's to head home. All guests had an amazing evening with the LVI inside this historical building and its small quirkiness inside was a pleasure to investigate and will definitely be returning. Thankyou to all guests and there great energy...... GO TEAM JACOBS WELL
lonevigilsinvestigations@gmail.com