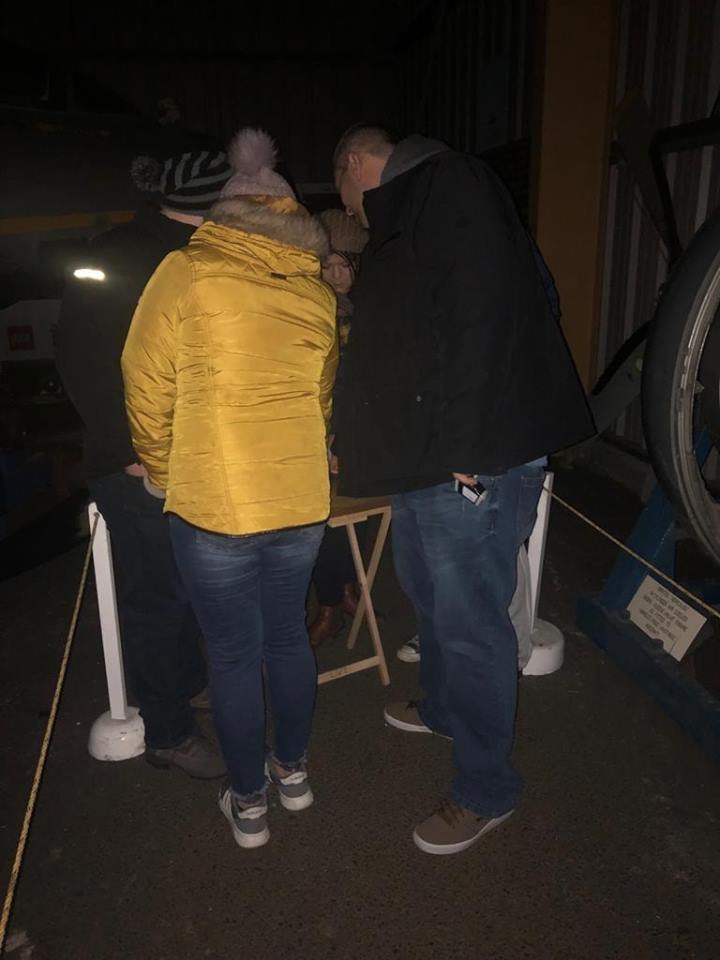 So after our visit to Our SOLD OUT NELSAM last night we have our report of the activity.......

We started our night in the main hangar with a white light protection for guest's that wanted to take part in this. Whilst we were doing our protection our remaining guests headed off around the hanger getting grips with various amounts of equipment they wished to use.

Throughout our night we had the elements of the weather to contend with especially the wind but this didn't stop all of our guests having an enjoyable evening with all having some kind of unique experience for each other.

* A cat was heard by a guest in the tram hanger during a Lone Vigil with her partner & the location manager Keith. Her partner was also pushed by unseen hands during this stint in the hanger. Shadows moved across the bottom end of the hanger with also a possible dog being caught in one of the photos that had been taken by Keith. This photo will be uploaded once becomes available from Keith.
* During a lone vigil, our guest had witnessed a ball of light in the corner of his vision. When turned to see if it was there it had gone but the interesting peice of activity is that he asked out if he had seen this light could they make a noise, a noise was immediately heard on the bus by himself.
* At separate times in the same hanger(military hangar) 2 different guest's experienced exactly the same phenomena, with a feeling of being touched on the back by unseen hands. Both customers weren't aware of each others experiences until later in the night. Also in this hanger on the same vigil we had the MEL meter responding to questions aswell as a tap heard by a guest directly on a helicopter. A possibly voice was heard which 1 guest heard along with ourselves thought a voice had said 'Lindsey'.
* During a human pendulum in the street scene, the guest participating felt her left arm being affected which coincided with the spirit who we were communicating to, with his accident that killed him. Also in the street scene 5 guest's witnessed a flash of light after being asked to show itself in light form.
* In the main hanger 2 guest's on a lone vigil heard a very clear 'SSSHHH'.
* Also in the main hanger during our group vigil, guest's who were using our portable SLS camera caught a stick figure perched on chair on one of the helicopters. On the portal box we had the name LEE come through which led to communication on the REM pod. This was linked also to a guest who is a pilot and we came to the conclusion there was a bit of rivalry due to the activity stopping on the REM when the guest pilot joined us then the activity starting again when he left the area.

With the high winds contributing to alot of contamination we felt the group contended with this element rather well & overall an excellent nights investigation was had by all. Well done team NELSAM & a big thankyou for choosing our team to investigate this amazing location. We look forward to seeing you all again soon.