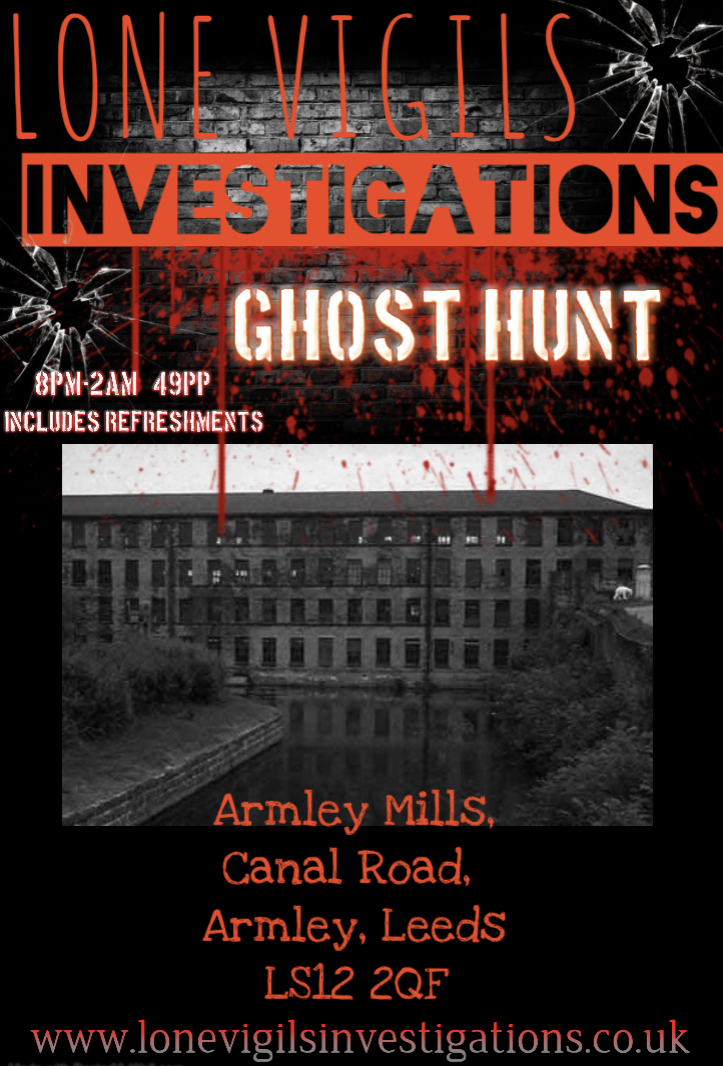 The earliest record of Armley Mills dates from the middle of the sixteenth century when local clothier Richard Booth leased 'Armley Millnes' from Henry Saville. A document of 1707 describes them as fulling mills. One contained two wheels and four fulling stocks, while another was used to grind corn mill and two fulling stocks'. The mills expanded and by 1788 were equipped with five waterwheels driving eighteen fulling stocks. The mills were sold in 1788, ten years after the new canal opened. It was bought by Colonel Thomas Lloyd, a Leeds cloth merchant who expanded it to be the world's largest woollen mill, he leased the running of the mills to Israel and John Burrows, They built demi-detached house for themselves on the far bank of the canal.
Known by many as the Satanic Mills this location is a paranormal investigators dream, with many eerie & unexplained going ons. Not only staff but guest's also have reported equipment being thrown including bobbins & tools, doors being not just pushed but slammed shut, people reporting of being pushed by unseen hands, and whispers are heard by both staff and visitors alike.
Apparitions of children are a seen on a regular occurence particularly of a little boy that is reported to be heard crying aswell as tugging on un suspected guest's & staff to get their attention
A woman being seen being described as an Victorian lady wearing a black dress scares people senseless along with a man wearing a long cape & top hat, could this be a previous owner of the mill??


So you have seen all the paranormal shows on TV. Well now is your chance to become an investigator. We pride ourselves on our scientific research and we are a gadget friendly group although we also like to use old school original methods of contacting spirits which include Ouija boards, table tipping and human pendulum. Although we do enjoy our gadgets, we are big believers that the best tool for the night is yourself. Open up all your senses.
Nothing is faked and we can't make the spirits perform– what you see is what you get! A real, paranormal investigation.
What will you uncover when the lights go out? Only the brave will dare!!