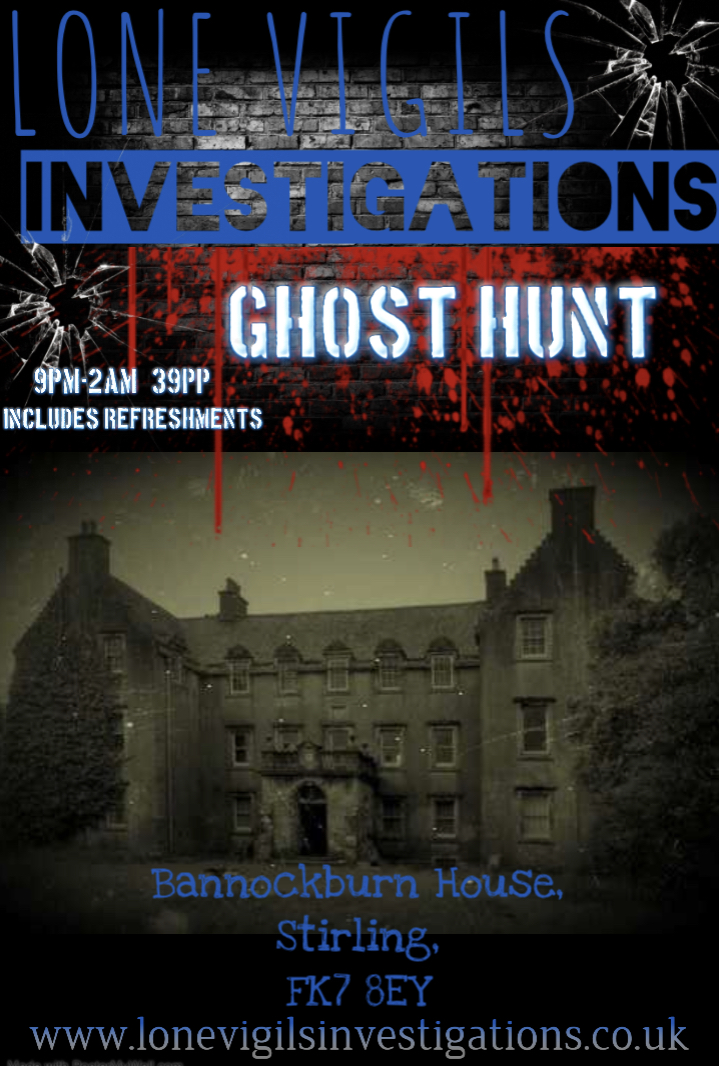 Bannockburn House is a 17th Century A-listed mansion house, which has survived largely unchanged, apart from an added Victorian extension. The original part of the house was completed around 1675 by Sir Hugh Paterson, although it is believed it may be built on an earlier building called Drummonds’ Hall.

Sir John Drummond was granted the Barony of Bannockburn in 1567 by Mary Queen of Scots and his Grandson built Drummonds’ Hall. The lands of Bannockburn then came into the hands of the Rollo family in 1636 with King Charles II granting the Baronetcy to Sir Andrew Rollo in 1651. He had supported Charles I during the English Civil war.

9pm-2am  Deposit £10pp Full payment £39pp
Deposit balance due 6 weeks prior to event date
Refreshments included
Over 18s only. Anyone under the influence of drugs or alcohol will be refused. Terms and conditions apply