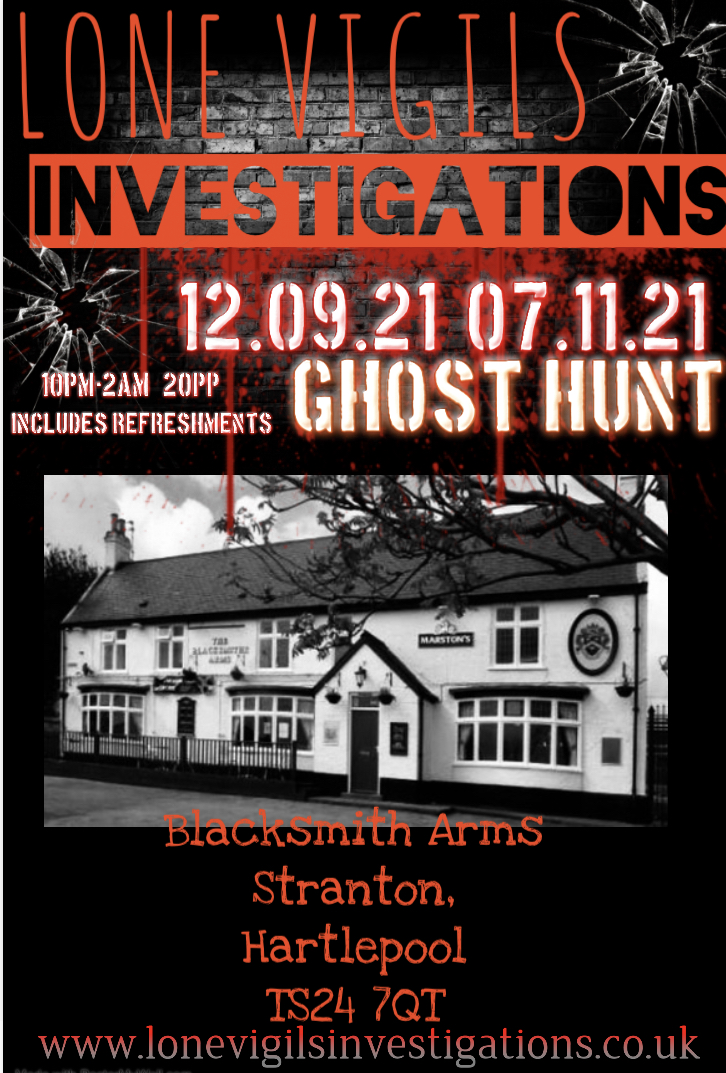 Blacksmith Arms, Stranton, Hartlepool was originally three cottages from around 1760 and the first listed landlord was in 1821. Camerons bought the premises and renovated them to look as we see them now. A small window on the left hand wall overlooks Stranton Churchyard. The spirit of a man called George is said to enjoy opening and closing doors and moving glasses as well as smashing them. An underground passageway that was once connected to the pub to the Church and through both world wars, is said that dead bodies were laid.