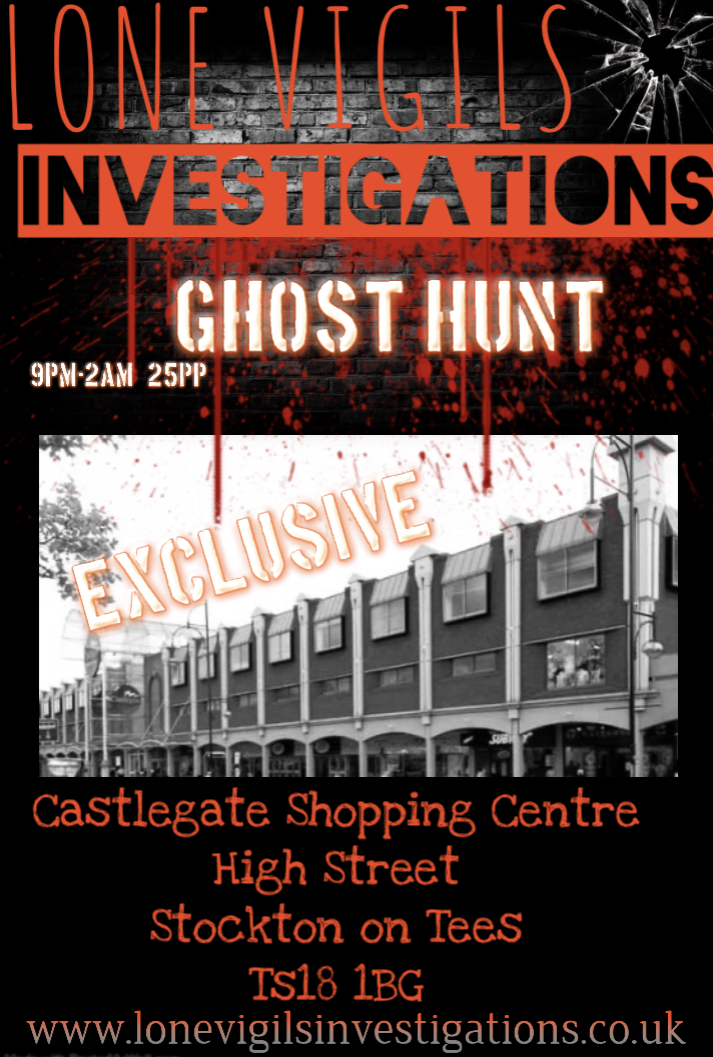 ALL 7 DATES SOLD OUT


We are pleased to announce we have a new EXCLUSIVE for Castlegate in Stockton. We have more dates to be added and this can only be investigated this year due to the building plans for it to be demolished so make sure you don’t miss out!!

Castlegate Shopping Centre was built on the remains of the historic Stockton Castle, which was occupied by the Scots from 1644-46. It was demolished by Oliver Cromwell at the end of the Civil War.
We will have access through the disused and abandoned areas which stands on the grounds of a Norman Castle.
Several ghosts have reportedly been seen, heard and felt with strange music and sounds noted during the middle of the night from security officers.

Castlegate stands on the grounds of a Norman Castle belonging to the Prince-Bishops of Durham dating from the 12th century.

9pm-2am £25pp
£10pp deposit secures your space with balance due 6 weeks prior to event.
Refreshments included
Over 18s only. Anyone under the influence of drugs or alcohol will be refused. Terms and conditions apply