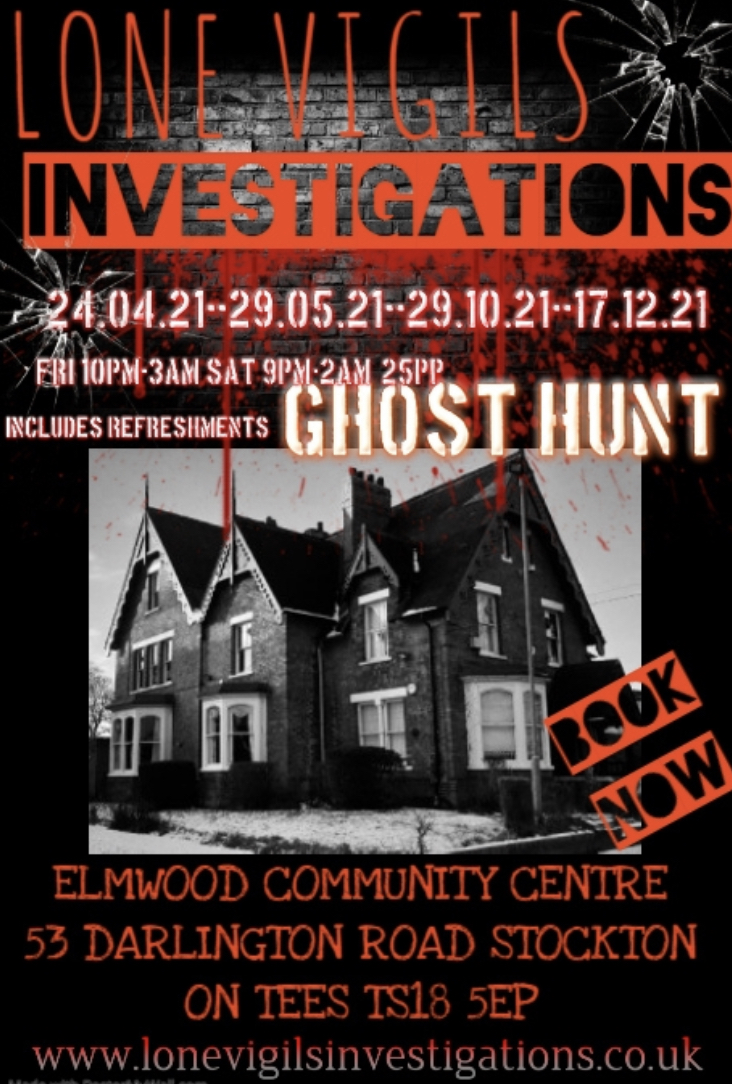 Saturday 29th May 9pm-2am
Friday 29th October 10pm-3am
Friday 17th December 10pm-3am
Deposit £10pp Full payment £25pp
It Was the 1st of hartburn's large detached houses built in 1873 for a Mr Lewis Dodshon. He was an established figure within the community & was head of Stockton's largest and most important grocery houses . He passed away in 1895 where the building lay derelict until Mr Mountjoy Pearse another established gentlemen and his family took up residence. His company Mountjoy Pearse & co was a large employer on the river tees during the 1850/60's and was also co founder of the tees shipyard & owner of the malleable iron company in Hartlepool. Another residence of Elmwood house were the Spence family who tragically lost there son Gilbert in 1925 on leven bank when his car overturned when it collided with a stone covered in snow with also his chauffeur who was passenger that night who also tragically losing his life also. Again standing empty from 1922 the property then moved into the hands of Harold E Kitchen in 1926 where he was the last private owner of the house. Harold was an Olympic athlete who won a bronze medal with a rowing eight at the 1908 Olympic games. With the threat of air raids looming ICI moved into the Elmwood in 1939 using the building as a research unit until 1950 when it was then leased to Durham county council when by 1952 it was used to accommodate children from the nearby hartburn junior school.
With a tale of a woman suicide told regarding an illicit affair, will the team & investigators for the evening be able to find out the truth from fiction.
So you have seen all the paranormal shows on TV. Well now is your chance to become an investigator. We pride ourselves on our scientific research and we are a gadget friendly group although we also like to use old school original methods of contacting spirits which include Ouija boards, table tipping and human pendulum. Although we do enjoy our gadgets, we are big believers that the best tool for the night is yourself. Open up all your senses.
Nothing is faked and we can't make the spirits perform– what you see is what you get! A real, paranormal investigation.
What will you uncover when the lights go out? Only the brave will dare!!
Countless reports from staff being pushed by unseen hands & the feeling of being followed throughout the building. The emotion that hits as you walk through the entrance doors to this building what will you uncover as the EXCLUSIVE team brings you Elmwood community centre.
Over 18s only. Terms & conditions apply.
Anyone found under the influence of alcohol or drugs will be refused entry & no refund will be given.
Refreshments included. Balance on deposits are due 6 weeks before event date. Deposits are non-refundable
Please note: Due to safeguarding there is an area of the building we can’t access