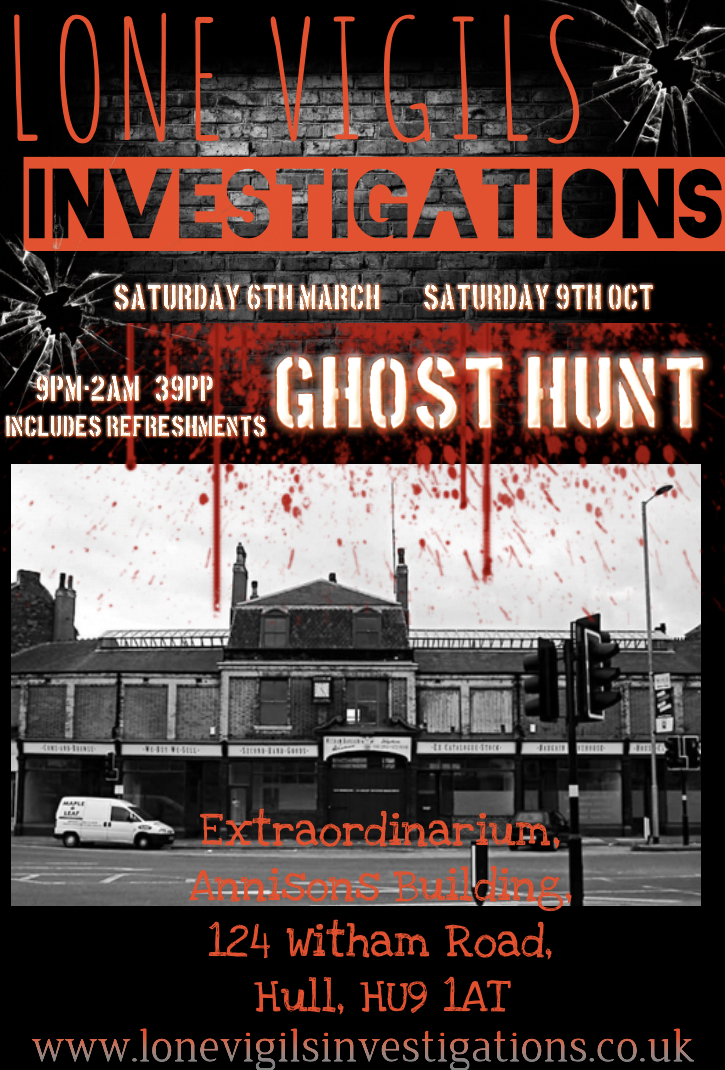 Formally a funeral parlour, this building has now been turned into a museum of all things haunted!The museum is filled with numerous haunted, cursed, deadly & dangerous artefacts that have been collected over the years.The old Annison Funeral Parlour is an imposing looking building and it now houses a late night pharmacy on part of the ground floor, however it was not always this welcoming!
In 1876 the Annison family built the current building to house their cart manufacturing business with stables for the horses above. The family soon moved into the funeral business for which they are now known. Walking through the labyrinth of morbid rooms you can still see some remnants of the funeral parlour days.
In 1891 a young woman named Mary Jane Langley is reported to have visited the building to see a photographer whose business resided there, he was the last person to see her alive as shortly after she was found dead in a ditch with her throat slit.
Various people, including the photographer were suspected to have committed this heinous crime but no one was ever convicted. It is said the ghost of Mary still haunts the building. The venue is extremely active with several reports of poltergeist activity; with the vast amount of people from different walks of life passing through the building it is hardly surprising it remains so active to this day.

13 rooms hidden inside an 1876 Funeral Parlour, with deep history locked in from as far back as the 15th Century. This building was a former Funeral Parlour for the deceased and as such, even the embalming room has its very own spectacular atmosphere.The former chapel is where spirts quite often make themselves known, independently of and in addition to, any haunted artefact that the 'Extraordinarium' has on display. Every room has its own unique energy and story for you to experience.

SATURDAY 6th  March 2021 OR Saturday 19th 0ctober 2021 9pm-2am £39pp Over 18s only. Anyone under the influence of drugs or alcohol will be refused. Terms and conditions apply. Not suitable for those with mobility or wheelchair use due to the building layout.