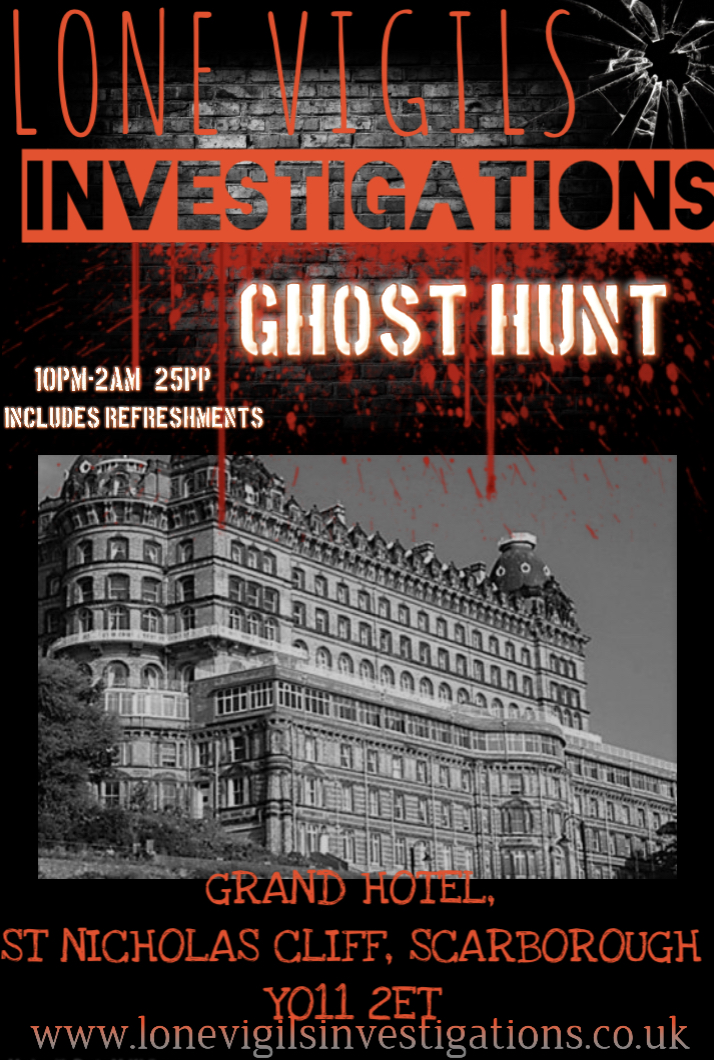 Completed in 1867 The Grand Hotel was one of the largest hotels in the world, as well as one of the first giant purpose-built hotels in Europe.The building is designed around the theme of time: four towers to represent the seasons, 12 floors for the months of the year, 52 chimneys symbolise the weeks, and originally there were 365 bedrooms, one for each day of the year.
On May 24th 1849, Anne and Charlotte Bronte left their home in Haworth for a holiday in Scarborough. They stayed in the cottages which stood on the site of the present Grand Hotel. Unfortunately, Anne was very ill at the time and she died on the 28th May in the cottages.Visitors have commented on strange encounters & some have even left after witnessing poltergeist activity in their rooms, doors vigorously shaking & knocking with no one present in the corridor. Sounds of screaming, singing & laughter are heard & most commonly old fashioned music. Various apparitions are seen but none more so frequent than the lady wearing a long red dress. Could this be the spirit of Anne Bronte?

You are able to contact the hotel and arrange a room for the night if you wish to stay
10pm-2am
Refreshments included
Over 18s only. Anyone under the influence of drugs or alcohol will be refused. Terms and conditions apply