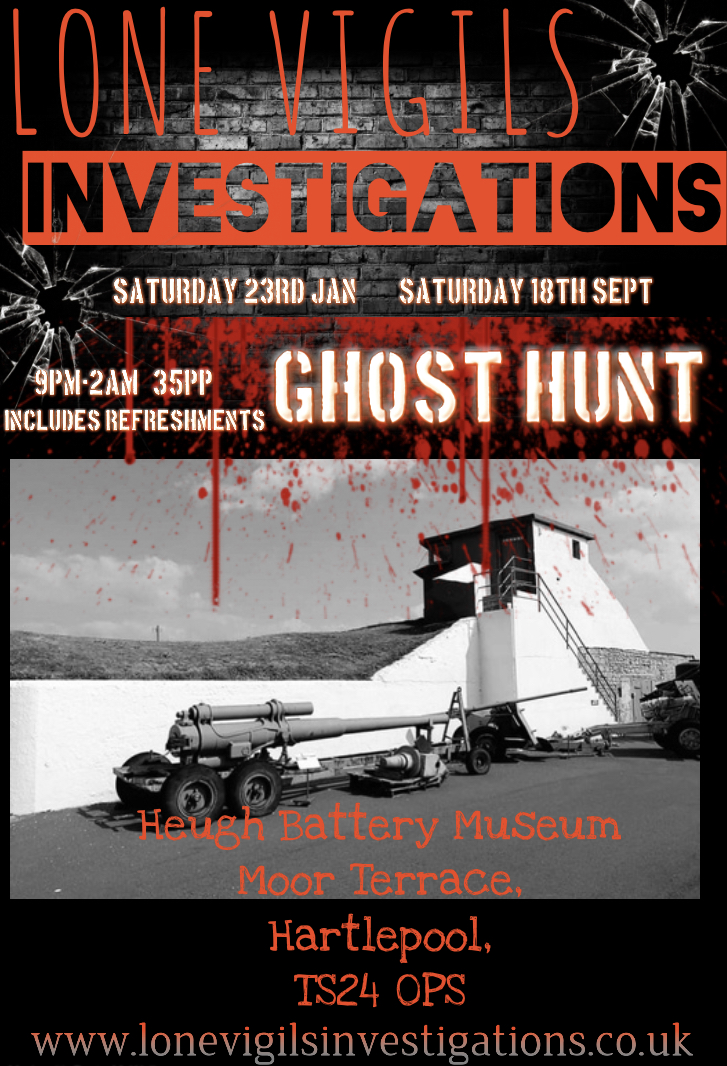 Heugh Gun Battery was erected in 1860 as a coastal defence to protect the port of Hartlepool. Now the site of a museum, it is the only First World War battlefield in Britain.
On the 16th December 1914, Hartlepool coast was brought under fire from the German Navy. Over 100 people were killed in the attack. Many of them, civilians who were preparing for the mornings work. A missile struck The Headland near to the Battery, this caused the death of the first British soldier in action to be killed on British soil during the first world war.
Reports of a man in First World War uniform walking around the Battery at night have been made. Could this be a spectral soldier still on guard?
Dare you join us in this amazing location. So you have seen all the paranormal shows on TV. Well now is your chance to become an investigator. We pride ourselves on our scientific research and we are a gadget friendly group although we also like to use old school original methods of contacting spirits which include Ouija boards, table tipping and human pendulum. Although we do enjoy our gadgets, we are big believers that the best tool for the night is yourself. Open up all your senses. Nothing is faked and we can't make the spirits perform– what you see is what you get! A real, paranormal investigation.
What will you uncover when the lights go out? Only the brave will dare!!

Saturday 23rd January 2021 Now SOLD OUT OR Saturday 18th Sept 2021 9pm-2am £35.00pp Refreshments included Over 18s only. Anyone under the influence of drugs or alcohol will be refused. Terms and conditions apply.