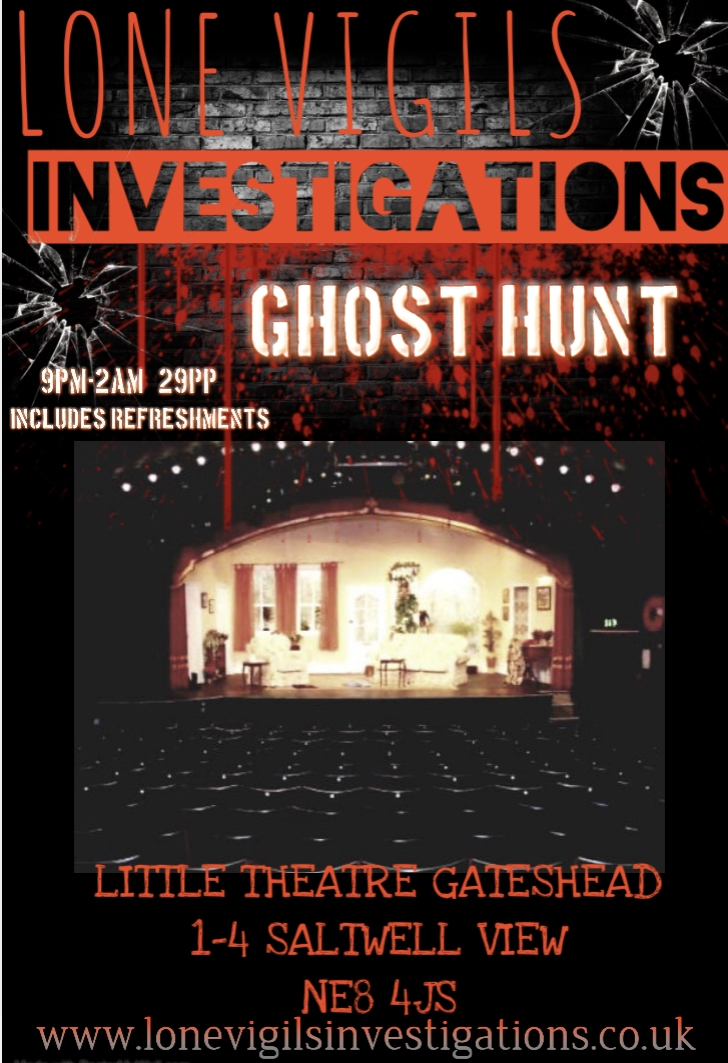 This quaint theatre in the heart of Gateshead was built during world war II due to the generosity of sisters Ruth & Sylvia Hope-Dodds and is believed to be the only theatre built during this period. The bricks & mortar will hold so much emotion and despair of the ill fated casualties of world war II and the location was actually halted as a theatre by hostilities after the site was acquired in 1939 being at one time requistioned as a barrage balloon station by the RAF and then the bomb falling in Saltwell Park which is located across the road from the theatre which inturn damaged windows & doors and also a tree falling through the roof. The Little Theatre has had many unstable periods of compulsory purchase and demolition during the 1960's & 70's and all this emotion will also place itself amongst it walls & corridors.

Figures have been seen flickering in between the changing rooms and along the darkened corridors with customers & staff reporting and overwhelming feeling of sadness resonating from underneath the stage. Noises of movement coming from unseen feet & unknown voices being heard from the darkness which lurks in each corner of the stage.

9pm-2am £29pp. Over 18s only. Anyone under the influence of drugs or alcohol will be refused.


When we visit this beautiful but eerie Little Theatre Gateshead, what will you uncover??