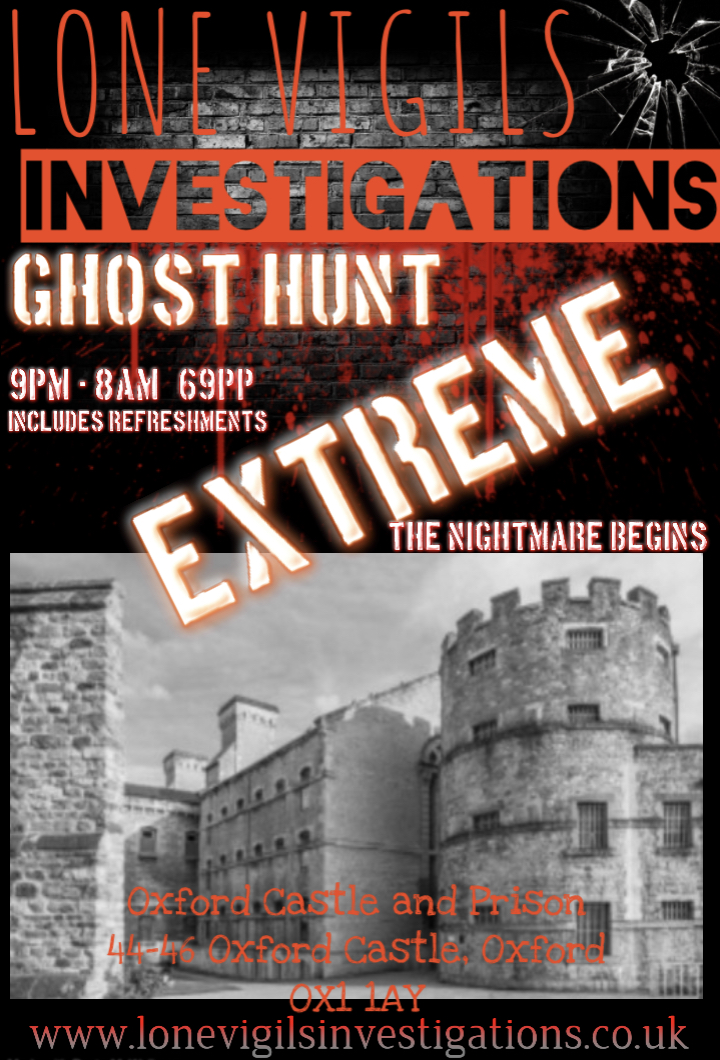 THIS IS AN LVI EXTREME EVENT

Oxford Castle is a large, partly ruined Norman medieval castle on the western side of central Oxford in Oxfordshire, England. Most of the original moated, wooden motte and bailey castle was replaced in stone in the late 12th or early 13th century and the castle played an important role in the conflict of the Anarchy.
In the 14th century the military value of the castle diminished and the site became used primarily for county administration and as a prison.
The surviving rectangular St George's Tower is now believed to pre-date the remainder of the castle and be a watch tower associated with the original Saxon west gate of the city.

Lockdown begins and ends 9pm-8am. Over 18s only. Anyone under the influence of drugs or alcohol will be refused. Terms and Conditions apply.

This event has no sleeping facilities so you are required to bring your own camp bed and sleeping bag and pillow.

Why not come and try for yourselves along with the Lone Vigils Investigations team to see what you can uncover as we go LVI EXTREME: Let the nightmares begin!!
includes refreshments