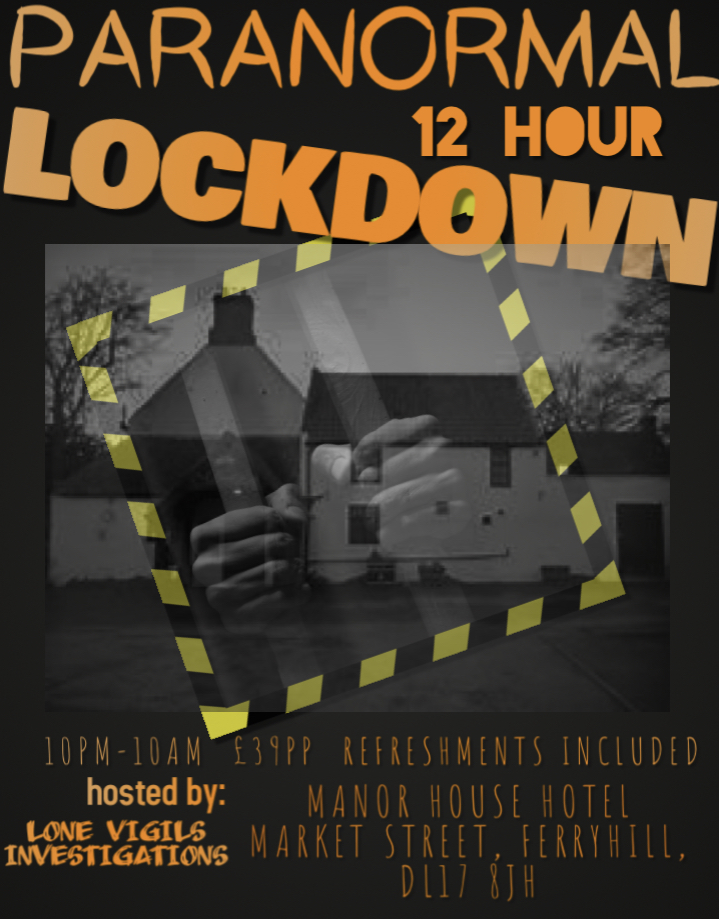 Built in the 16th Century, this was built originally as a farm house. In 1642, this was then passed on by many families through the times. Used at one time or another, this 16th Century building was used as an orphanage, Manor house and now a thriving hotel.With Many stories linking this building, including bones being found of children, adjacent to the location, this foreboding location holds many stories of Paranormal activity.
A spectre of a woman has been seen walking the stairwell, rooms 7 and 8 have been subjected to extremely aggressive poltergeist activity, which on occasion having resulted in terrifying the present owner.2 exorcisms at different times have reported of the malovent spirits that reside here, had been rid of, when actually the activity grew a whole lot worse and investigations were stopped due to the severity of the cases of poltergeistal activity.
Mentioned in 'Haunted Durham' book series, written by Darren W Ritson and also visited by Most Haunted Team, this thriving yet frightening hotel had to be visited by the Lone Vigils Investigations Teamto see what we can uncover in the Manor House Hotel, Ferryhill.
So you have seen all the paranormal shows on TV. Well now is your chance to become an investigator. We pride ourselves on our scientific research and we are a gadget friendly group although we also like to use old school original methods of contacting spirits which include Ouija boards, table tipping and human pendulum. Although we do enjoy our gadgets, we are big believers that the best tool for the night is yourself. Open up all your senses. Nothing is faked and we can't make the spirits perform– what you see is what you get! A real, paranormal investigation. What will you uncover when the lights go out? Only the brave will dare!!
£39pp
Refreshments included
Over 18s only. Anyone under the influence of drugs or alcohol will be refused. Terms and conditions apply