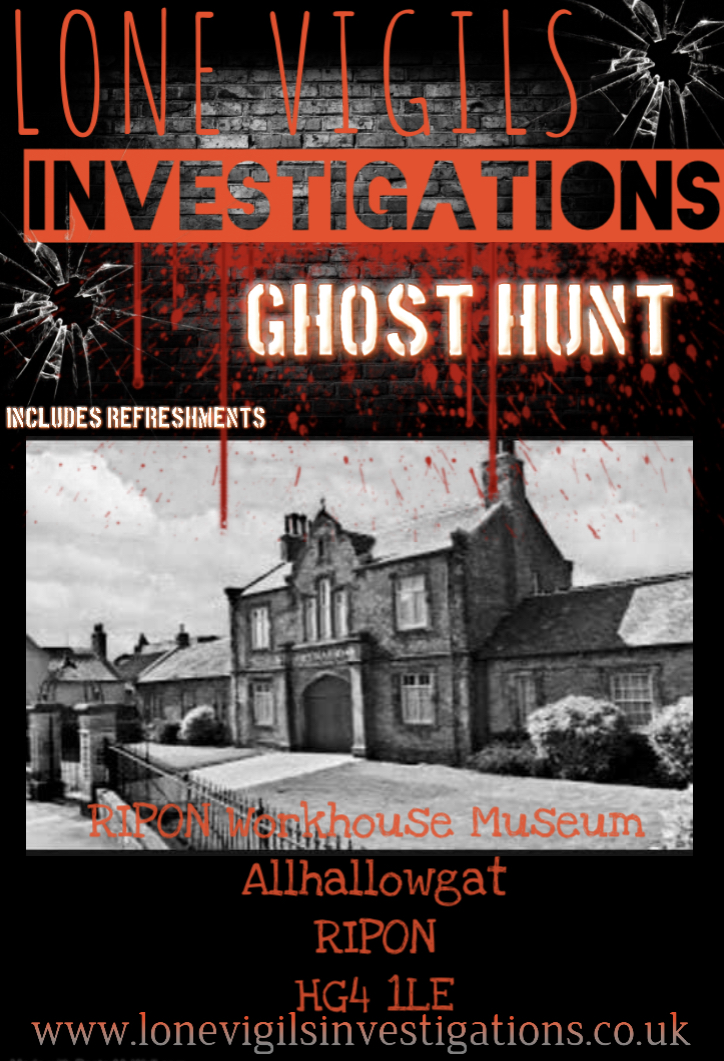 Ripon Workhouse Museum
A Workhouse has stood on this site since 1776. By 1832 there was national concern at the expense of maintaining the poor and a Commission of Enquiry was appointed. Ripon was found to have 33 inmates, 11 men, 11 boys, 9 women and 2 girls. Only one of the men was not 'able bodied' at 68 years of age, but those able spent 8 hours a day breaking stones to mend roads.
The present building was completed in January, 1855. The Workhouse was almost a self sufficient world of its own with its own teacher, chaplain and doctors, chopping its own fire wood, doing its own laundry, growing its own vegetables, having its own infirmary and its own van to transport lunatics to asylums elsewhere if they became unduly violent.
Vagrants presented a special problem and in 1877 a separate block of buildings was provided where they could have an evening meal, a bed for the night and leave the next day after completing a designated task.

Do the former residents haunt this building with so much emotion from the despair they endured in this former workhouse?? Activity on the staircases could be a woman that took her own life, chairs moving side to side & eyes following guest's in the male quarters... Will you spend 6 hours locked inside this house that brought so much death with the LVI team

Over 18s only Terms and conditions apply
Anyone under the influence of alcohol or drugs WILL BE REFUSEDSo you have seen all the paranormal shows on TV. Well now is your chance to become an investigator. We pride ourselves on our scientific research and we are a gadget friendly group although we also like to use old school original methods of contacting spirits which include Ouija boards, table tipping and human pendulum. Although we do enjoy our gadgets, we are big believers that the best tool for the night is yourself. Open up all your senses.
Nothing is faked and we can't make the spirits perform– what you see is what you get! A real, paranormal investigation.
What will you uncover when the lights go out? Only the brave will dare!!