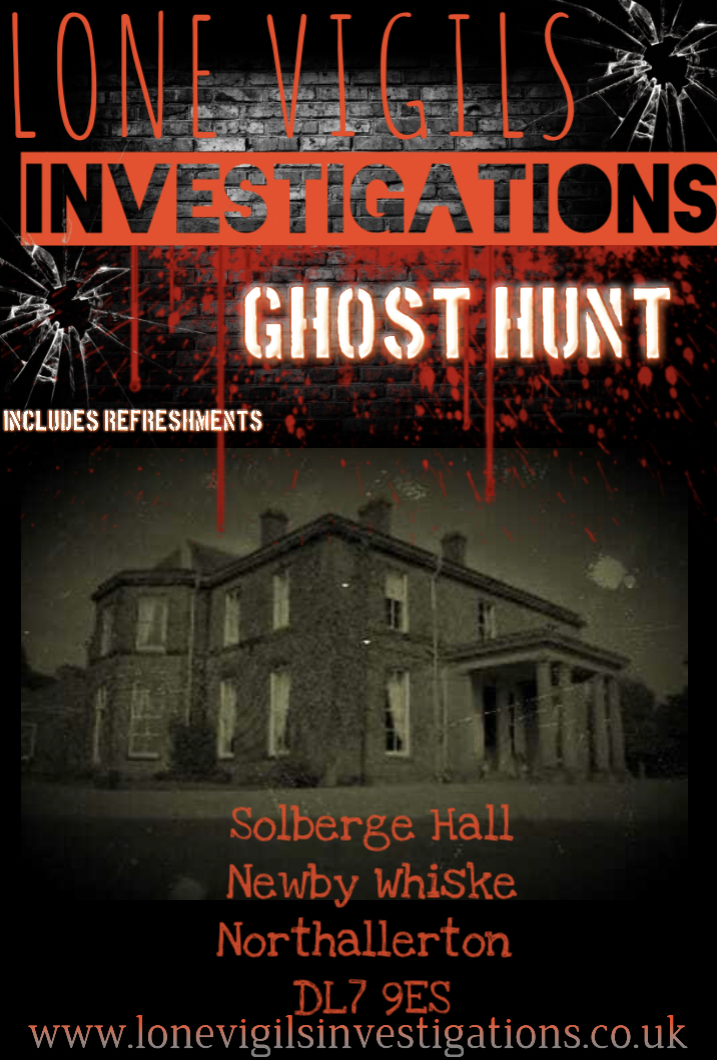 Solberge dates back to the 11th Century, where the estate land was once occupied by the Cistercian Monks from the Downs Abbey. Legend has it that 12 Vikings, who came in friendship visited the monks proclaiming that a King would arrive as their guest. No King arrived!!
Vikings persuaded the Monks to rebuild the chapel, which faced west, to face North. This gaining mysterious powers said to rid Solberge of all its troubles. These troubles were the running waters underneath the foundations. Vikings persecuted the Monks, many fled from the Vikings down the water filled underground tunnels.
On Christmas day in 1893 a fire swept through destroying the Manor House. Eventually, the Manor was restored to its former glory.

The troubled waters running underneath Solberge and the fire maybe the answer to many unsolved mysteries and happenings. Sightings have been reported of an Old Grey Lady seen wearing a long white robe, holding a candle, travelling through the rooms and corridors.
So you have seen all the paranormal shows on TV. Well now is your chance to become an investigator. We pride ourselves on our scientific research and we are a gadget friendly group although we also like to use old school original methods of contacting spirits which include Ouija boards, table tipping and human pendulum. Although we do enjoy our gadgets, we are big believers that the best tool for the night is yourself. Open up all your senses. Nothing is faked and we can't make the spirits perform– what you see is what you get! A real, paranormal investigation. What will you uncover when the lights go out? Only the brave will dare!!

Refreshments included Over 18s only. Anyone under the influence of drugs or alcohol will be refused. Terms and conditions apply