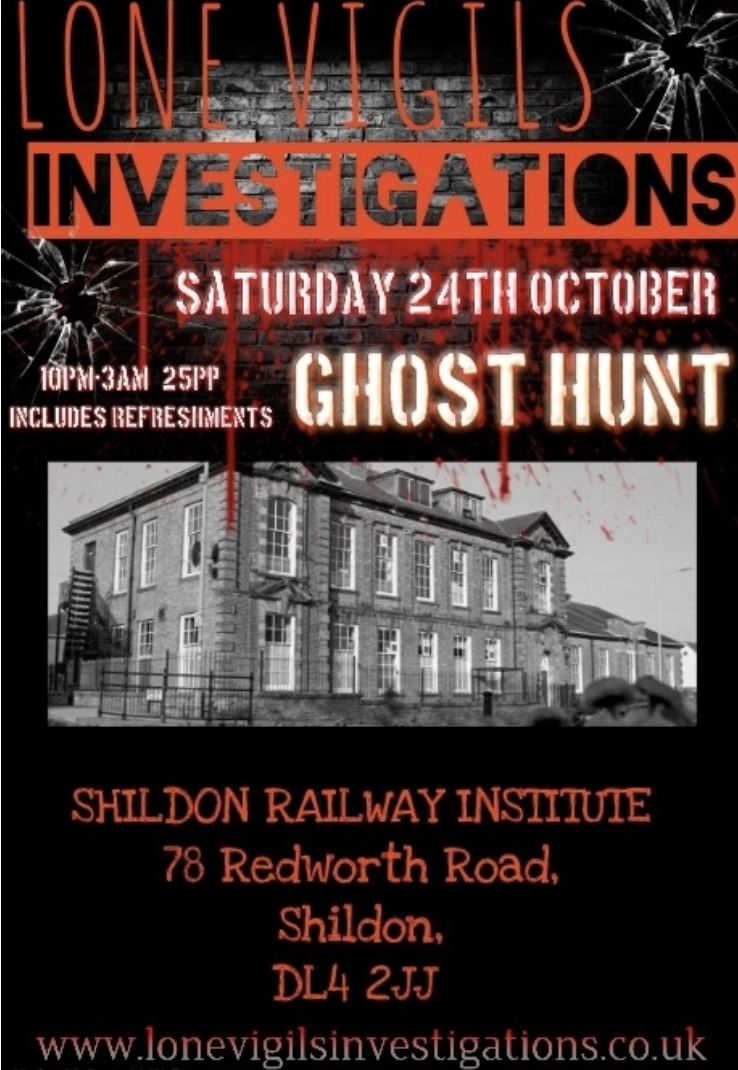 Shildon Railway Institute is a Grade 2 Listed Building, situated in the historic Shildon market town. On 27th September 1825, something remarkable happened in this market town where it was quite literally rolled out all over the world. This then , quiet market town then exploded into being the worlds first Railway town, making trains and locomotives for all over the world.
Most of the local workforce could barely read or write, the original mechanics institute was no more than a room with a shelf full of books. This is where the railway institute building founded in 1911 took fruition and replaced the original mechanics institute.
With so much history linked to this remakable building, no wonder that there is so much activity been reported, including:Chairs being moved by unseen hands, as well as footsteps heard in the dance hall. A report by a regular guest had witnessed a man dressed in a suit in possible Edwardian clothing to name a few.
So you have seen all the paranormal shows on TV. Well now is your chance to become an investigator. We pride ourselves on our scientific research and we are a gadget friendly group although we also like to use old school original methods of contacting spirits which include Ouija boards, table tipping and human pendulum. Although we do enjoy our gadgets, we are big believers that the best tool for the night is yourself. Open up all your senses. Nothing is faked and we can't make the spirits perform– what you see is what you get! A real, paranormal investigation. What will you uncover when the lights go out? Only the brave will dare!!
Saturday 24th October
10pm-3am £25pp
Refreshments included
Over 18s only. Anyone under the influence of drugs or alcohol will be refused. Terms and conditions apply