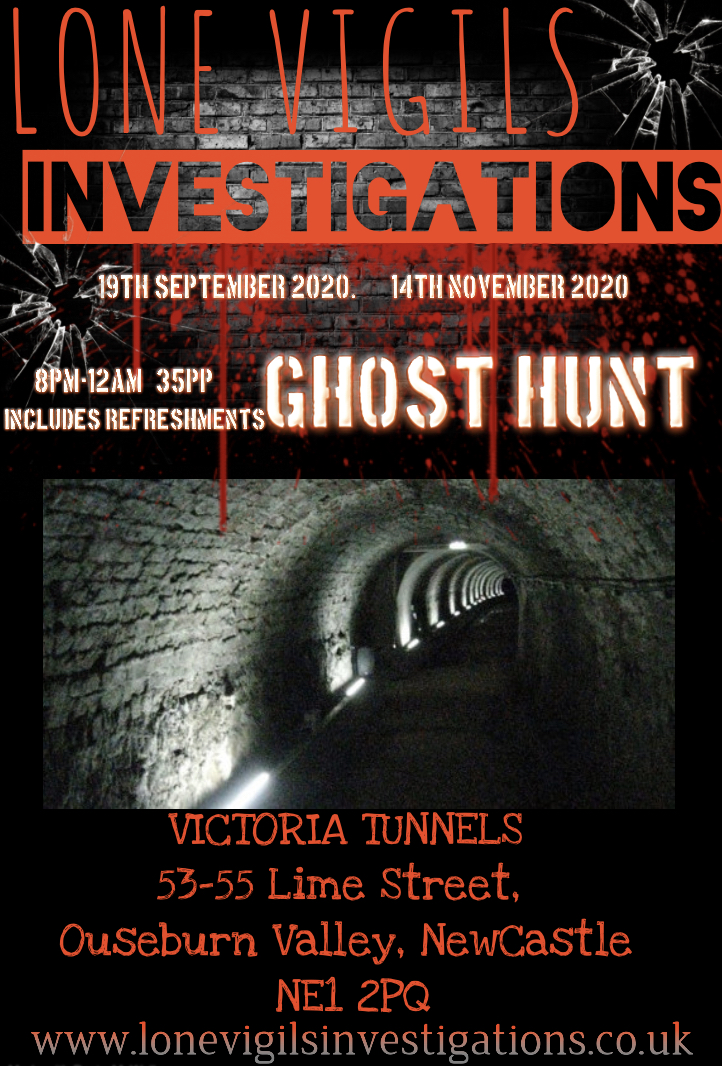 The Victoria Tunnels situated in the centre of the thriving city of Newcastle Is an subterranean wagon way that runs under the city all the way from town moor down to the River Tyne. These tunnels were built between 1839 & 1842 to transport coal from leazes main colliery all the way down to the riverside jetties ready for loading onto boats for export. Due to the colliery closing back in January 1860 the tunnels were closed and left abandoned until the start of World War II when it was then converted for use as an air raid shelter. The tunnels is 2.4 miles long & has a massive depth of 85feet that worms it's way underground with an drop of 222feet from entrance to exit.
There have been many deaths occurring in the tunnels with workers being crushed by wagons due to miscommunication. The feeling of being followed amongst the sense of anger & dread along with countless sightings of shadow figures flickering from one side of the tunnels to the other. Screams have been heard from opposite ends of the tunnels & ominous footsteps heard walking towards people when no one is actually there.
What will you uncover when the abandoned Victorian tunnels open it's dark corridors to us???

£35pp
Refreshments Included
Over 18s only Terms and conditions apply
Anyone under the influence of alcohol or drugs WILL BE REFUSED.  This location is not suitable for wheelchair uses or those with mobility issues.