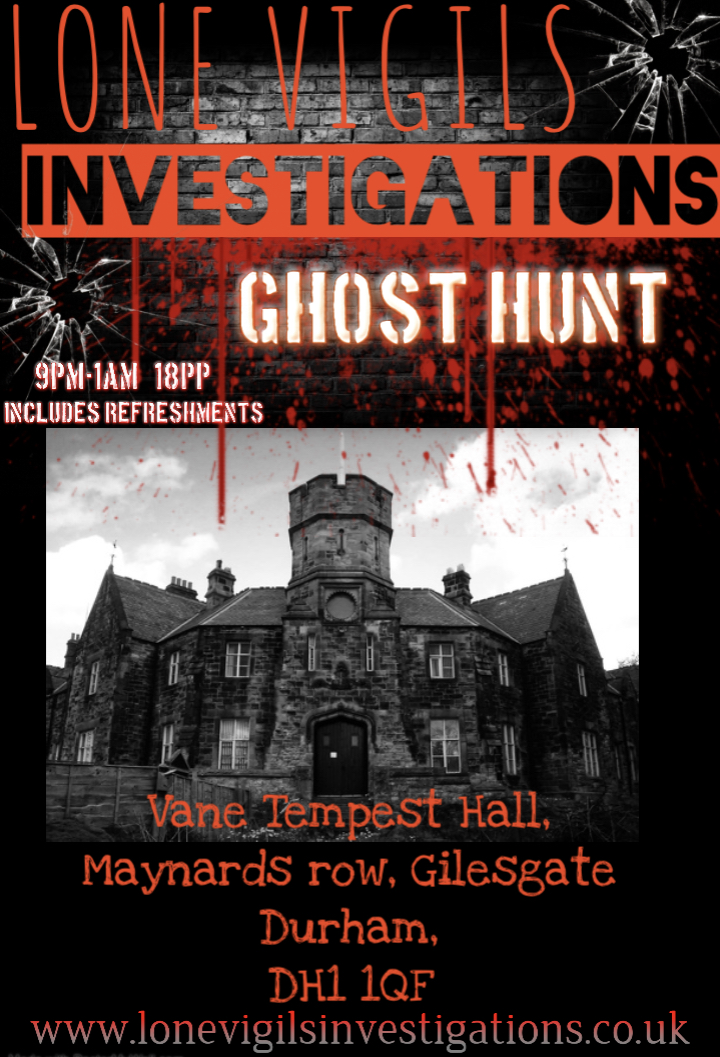 The Vane Tempest Hall has had an incredible history dating back to the 1860s. Since its time the venue has been home to a number of Army units and even doubled as a smallpox hospital in 1884. The Barracks stables were used as the smallpox hospital, which included a “dead room” for storing deceased bodies. As can be expected, this area is considered to be extremely haunted and many have reported paranormal experiences while working in the buildings.

There are many reports of paranormal activity varying from slamming doors to a sighting of a solider roaming the grounds of the hall.
A spirit of a soldier who is seen roaming the grounds, he died as he accidently blew himself up whilst loading a cannon. People who have seen his ghost state that it was a frightening experience as he became disfigured from the accident.
Footsteps and sounds of dragging have been heard throughout the halls along with murmuring voices.
A lady in white has also been witnessed roaming the barracks and also the burial ground situated next door.

9pm-1am £18pp
refreshments included
Over 18s only. Anyone under the influence of drugs or alcohol will be refused
terms and conditions apply