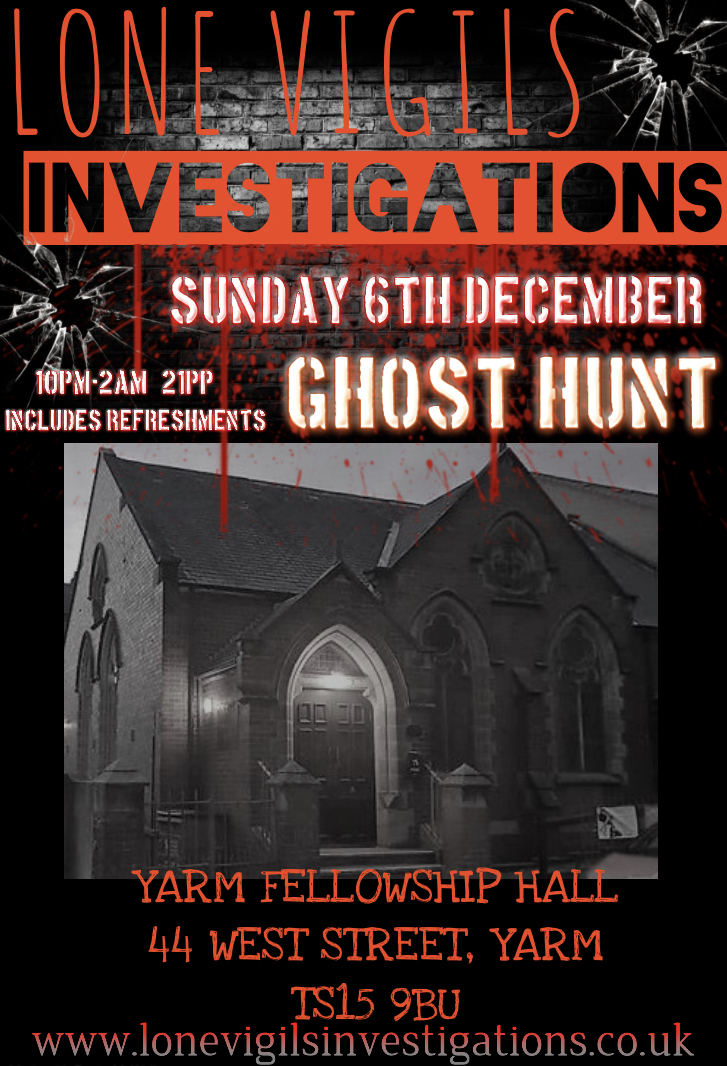 Join the Lone Vigil Investigations team as we visit Yarm Fellowship Hall to uncover what lies in this small but beautiful building. This small quaint hall that lies in the heart of Yarm offersplenty of history to uncover. The original building's foundation laid in 1822 to build a primitive baptist chapel & was completed in 1831. In 1897 the main hall was added which can be enscribed on the front of the building & following the completion, the middle hall was built to adjoin the 2 halls together. This then became a methodist church until the acquisition by yarm pariah church in the 1960's. The building was used as a parish hall until 1976 when the Emmanuel fellowship church bought it. In 1996 Yarm town council bought it due to the Emmanuel fellowship church outgrowing it's capacity. Since then a charitable trust was set up to run the hall & the trustee's decided on the name Yarm Fellowship Hall as it had always been a community lead building concerned with fellowship.

Over the years there have been many strange sighting's in this historic building. Furniture been seen moving on it's own by unseen hands & an apparent black shadow has been frequently reported. Those who have seen it believe it to be a priest who once worked & lived in the building. Members of the public have also had to leave the building due to a feeling of unease.

10pm-2am £21pp. Over 18s only. Anyone under the influence of drugs or alcohol will be refused.  Includes refreshments.