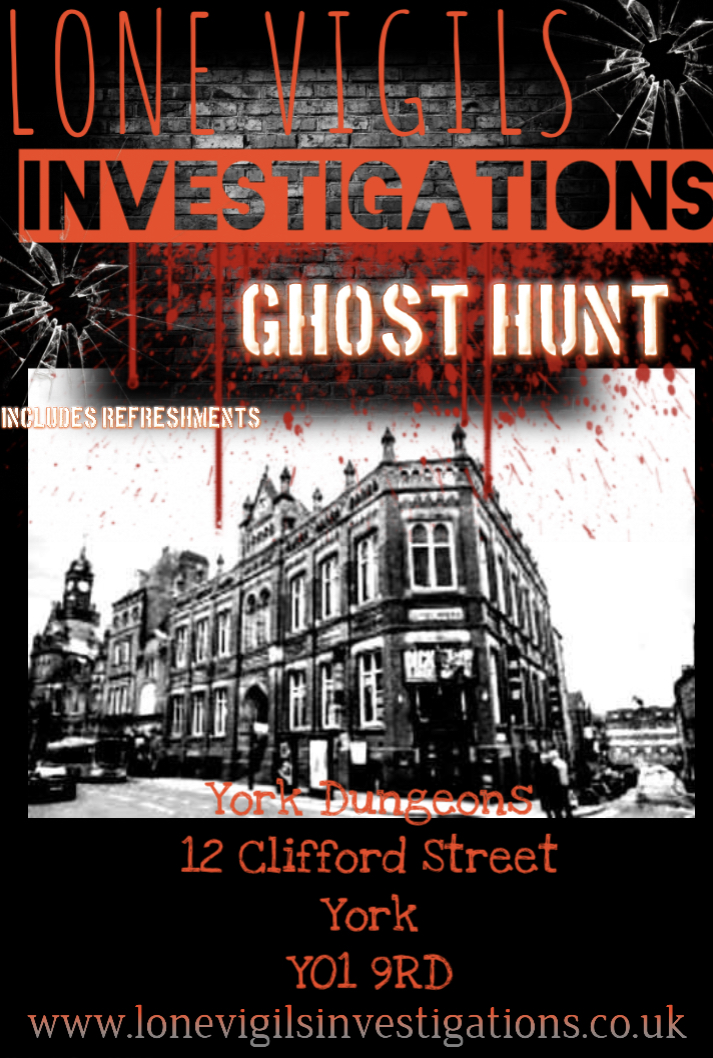 If you have ever been to York Dungeons to visit their visitor attraction dark rooms and foreboding alleyways, you may have experienced something else inside here. A feeling of something watching you or an unexplained touch or whisper. Many people have reported such instances, the LVI team have to investigate this ominous location.

Imagine how eerie this place will be when the doors close to the public & open to the LVI.....Staff often report unexplained happenings going on inside the building once guests have left and stories have increased including touches, pushing & unexplained gutteral groans, that this building need to be investigated.

Anyone under the influence of alcohol or drugs WILL BE REFUSED